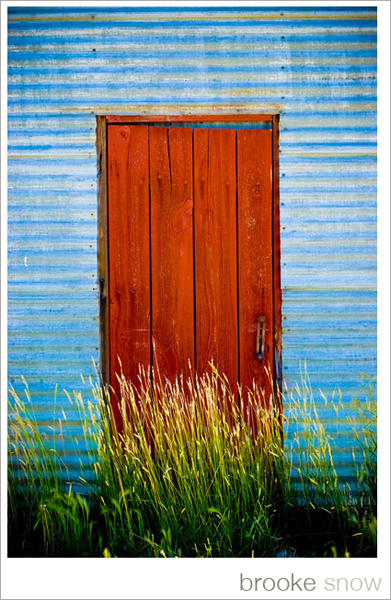 I’m pretty average in my struggles.  The same goblins that I see haunt other creative people, like to show up on my front door and camp out.

All of them show up continuously, trying to torture me into learning the same lesson over and over again.

Well, just when I thought I had it under control again I had a really stupid thought.  It sounded something like this,

“Brooke, your photographs aren’t creative or original enough. Why bother posting images from your photography sessions if they just look like the millions of other images you see everyday.  No one wants to see another family. Another children’s session. Another portrait shoot.  You might as well stop posting your sessions unless you can whip out something that defines creative originality.”

It was a very stupid thought.

I haven’t blogged most of my sessions since August 2010.

After a gentle nudge from a photographer friend, who expressed how she missed seeing my images, I started to analyze what had happened.

The anecdote was found a few days later in a blog post by David Du Chemin on the topic of originality.

His first post, Originality is Overrated, really got the wheels turning.  But it was his follow-up post, Originality Part II that made the clouds part and angelic choruses declare that there was hope for me!  The post is full of incredible quotations from incredible people, but my true defining moment came  when reading these words:

“Our creative minds and hearts will flourish more, and create with greater faithfulness to who we are, if we stop making originality the goal and allow ourselves to be overtaken by the pursuit of  honest expression, play, and imagination. Be yourself. Do the work. The rest will follow”.-David Du Chemin

“Even in literature and art, no man who bothers about originality will ever be original: whereas if you simply try to tell the truth (without caring twopence how often it has been told before) you will, nine times out of ten, become original without ever having noticed it.”
– C. S. Lewis

I’m going to stop pursuing originality.  Its about pursuing truth and honesty.  And hopefully you’ll see more images again around these parts 🙂

Brooke Snow is a Lifestyle photographer in Cache Valley, Utah. She’s had plenty of life experience trying to be original.  Some triumphs come without trying (fingerprints, her distinctive laugh, and her preference for drinking straight buttermilk), but everything else in life really does end up to be a conglomeration of a million different inputs–and thus not completely original.  Pursuing truth, really is so much easier–and holds the perk of being original in the end, regardless.  Btw, buttermilk is much tastier than people think it will be.