What Happens if You Set ZERO Goals For a Year? 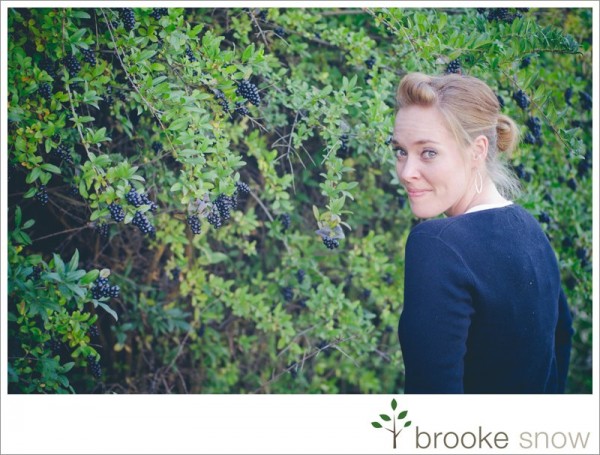 A year ago I came across the philosophy of NOT setting goals in THIS POST.

But I was intrigued–partly because I have always been a loyal goal setter. The type that delights in January resolutions and even spends a good few days analyzing the previous year successes and failures for better strategy. The kind of goal setter that writes every goal down just to make it real.

This new philosophy was very counter to what I have believed my entire life–but something inside me resonated with his argument.

More than not setting goals, he was saying that we need to learn to live in the present and be flexible enough in our course that we can be open to new directions should we choose to pursue something we otherwise would ignore in a “keep your eye on the prize” mentality.

So I decided to give it a go.

So what happened this year?

*I appeared on T.V. for Studio5 five times (Big surprise. Never would have thought of even setting this as a goal.)

*I was featured in the amazon best selling book, The $100 Startup (Another surprise. And a great book for your Christmas lists!)

*I chose to quit my local photography business indefinitely. It wasn’t bringing me happiness and didn’t feel right anymore.

*I composed an original hymn and choral arrangement that ended up being performed on Temple Square in Salt Lake City, Utah. (I haven’t written music in over four years!)

*I started Cross-Fit in March and am still going! (It’s sort of addicting.)

*I spoke at The Beloved Collective Photography Festival in Palm Springs, CA. (Also not planned.)

*I released my Natural Light: From Start to Finish course (Huge success, but I admit this class was a carry over ‘goal’ from 2011 that still needed to be completed.)

*I did my Self Esteem For Young Girls Photography project. (One of my proudest accomplishments for the year. I had thought about doing something like this for years. I was called to be a Youth Leader in my church in May and everything sort of fell into place.)

I’m not going to tell you what it is just yet, but I will say that I spent about four months actively working on it earlier in the year.
Then put it aside.
Then considered not doing it all.
Focused on other things and just barely picked it up again.
The moral of the story here is that had I been goal oriented I would have finished it regardless of my feelings changing mid-way through. Since I didn’t have goals this year, I set it aside, had some life experiences that gave me some new perspective, and now I’ve been able to come back and finish it up as something better than it would have been otherwise.

I took several AMAZING online classes that had nothing to do with photography:

*Sarah Bray’s Tour de Bliss. It’s been ‘blissful’ and amazingly eye opening. A great business class that also encourages flexibility and has been a great support in allowing me to change my direction to what is more fitting to my life right now.

*Dressing Your Truth. Life changing. An absolute highlight of my year! And currently on sale today!

*Front and Center.  Taught by the lovely actress Monica McCarthy, who helps you get yourself on camera ready to make videos for your business. Monica helped me fine tune my video skills and brainstorm some great ideas that I can’t wait to implement into future projects coming soon!

I’ve loved the exciting classes I completed on Natural Nutrition, Chakras, Energy Healing, Emotional Freedom Technic, Manifesting, Affirmations, and The Law of Attraction. These too have changed my life and I very likely would not have even considered them if I had been blocking my options by pursuing “set in stone” goals.

Now here’s the thing. I didn’t set goals, but obviously it didn’t stop me from doing something with my life. Instead…

1. It brought me some freedom to have a 360 degree perspective rather than focus on a straight line from A to B.

2. I had fun picking and choosing what felt best to pursue at the moment, even if it didn’t fit with my current business or interests.

If there is one big lesson that I learned from this experience, it is that life is an ebb and flow.

What we think is important in January could be irrelevant months down the road. Our life changes, our interests change, our needs change and our environment changes. Whether we choose to set goals or not, I think it’s important to leave open the possibility of being flexible and willing to change course (without feeling like a guilty failure). It’s a test in being able to live with purpose and yet be open to guidance in considering other possibilities.

Would I do it again?

I’ll tell you soon. And the answer may surprise you!

In the meantime, how do you feel about goals? Do you need them? Could you abandon them? What works for you?