What Really Happened With A Year Of No Goals 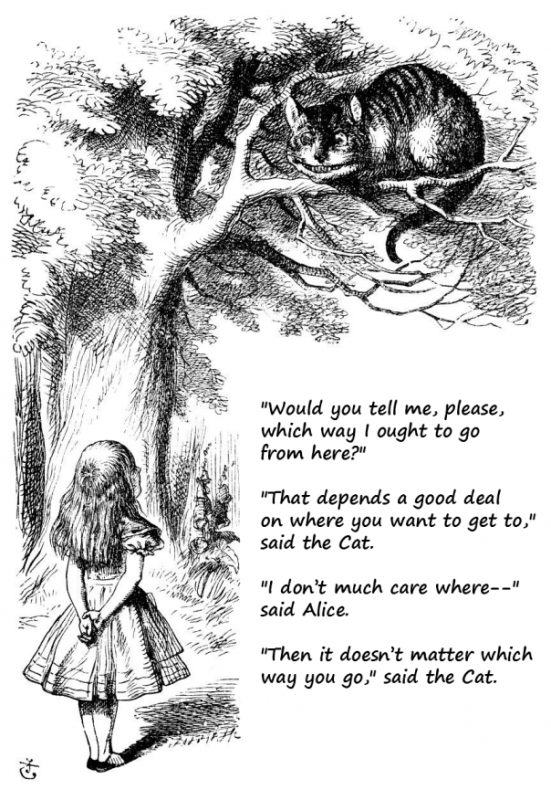 The other side of the story…

I set ZERO goals for 2012 and shared the why and what happened HERE.

At first sight, it looks like I still had a great year and came out on top.

I wrote that article with every intent of defending a “No Goals” approach to life.

And then I looked closer.

Most of my “accomplishments” happened in the first half of the year, and though they were not specific goals that I had set, they were in direct momentum of living a goal oriented life for so many years before.

Working towards a goal we set ourselves, often brings unseen opportunities that only come as we progress further down our path.

My first half of 2012 allowed me to reap the benefits of hard work and goals that had already been in place for a long time.

The second half of the year was very different than the first.

I spent a lot of time feeling lost.

It’s no wonder that I took so many classes, because in essence I was searching for direction.

Feeling lost also encouraged feelings of discontent. Did I want to even keep my business? Was I on the right path? Does this bring me joy?

I finally found direction again a few weeks ago and it has been so exhilarating to feel like I have a purpose!

It’s as if someone handed me a map with a landmark to work towards and it has made all the difference in the world!

The argument for NOT having goals–was that it keeps us more present minded. It opens our view to be able to notice other things around us and engage in opportunities we would otherwise ignore.

After testing this theory I can say two things:

1. It’s good to be flexible. I learned I didn’t have to finish every project and to pay more attention to other opportunities on the sidelines.

2. Goals are essential for survival.

As the Cheshire Cat reminded Alice, in Alice in Wonderland, “If you don’t know where you’re going, any path will take you there.”

But not every path is worth our time or focus.

Tis better to have your landmark on your map with the option of taking detours as long as you still know where you’re going.

I’ll be setting goals for 2013, but with new guidelines:

1. Set goals for the right reason.

Before I set a goal it needs to pass the motivation test. Why do I really want to accomplish that goal? If it has anything to do with fulfilling other people’s expectations, or because it simply sounds impressive, it won’t make the list. Goals are most powerful when there is an intrinsic sincere intent behind them.

2. Consider your feelings. (MOST IMPORTANT TIP!)

Instead of asking yourself “What do I want to DO this year?”, it can be quite revealing to ask “How do I want to FEEL this year?”.  Goals or plans that may have otherwise gone unconsidered will surface and likely turn out to be some of the most important goals of all. Oh yes…and it can also reveal which goals already set shouldn’t really be there because they contradict how you want to feel!

The best thing I learned from a year of no goals was that I could be open to change. Some goals aren’t necessarily meant to be finished as much as they are meant to set you off in a direction that may lead to another fork in the road. Being open to changing paths has not been comfortable for me in the past and that unfinished goal would loom as a big sign of failure. I don’t see it that way any longer, and for that–I think my life will forever be more exciting and full of more possibility.

What is the most important guideline for your own goal setting? I’d love to hear! I’ll be responding to this conversation for the next 24 hours and would love to hear what you have to say!