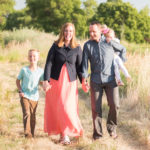 We Suffer When We Resist Our Uncomfortable Feelings

This is natural…or could I say, this is the Natural Man.  We naturally don’t want to feel pain and uncomfortable feelings. But the Lord is inviting us to avoid human suffering by doing the exact opposite and allowing ourselves to feel. Let us taste the bitter so we can know to prize the good. […]

We just need Jesus to come again. We just need Him to come and fix it.Imagine my surprise when I listened to podcast in which the speaker took this same statement and said, “If you think Jesus is going to come again and fix it you’re wrong! We have to build Zion first, and then […]

Winners Know They Will Finish First

I was recently listening to an interview with Lanny Basham, the 1976 Olympic Gold Medalist in Sports Shooting.  Lanny had trained hard to go to the Olympics in  1972, by putting in lots of action. He trained for 5-8 hours a day and most certainly the training paid off in going to the Olympics, but […]

God loves to help us turn things around

He loves to see us use our creative power to turn, especially to see us turn our hearts. Is it any wonder that he uses this invitation of turning many times in the scriptures? The word turn is used nearly 700 times in scripture! We are invited to, Turn away from wickedness Turn towards God […]

Learning How to Walk on Water

One of my favorite miracles is found in the moment Jesus saves Peter from sinking. How fast do you think someone sinks in water? When I walk from the sea shore into the water I immediately sink through the water. I don’t think Peter sinking in water is a slow motion moment. I imagine Peter […] 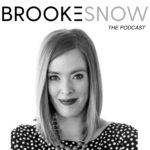 Prosperity is one of the greatest fundamental needs we humans require for happiness.  Now before you assume that prosperity just means material wealth, we’re going to uncover the Latin definition, which will open a whole new world of understanding.  Prosperity is one of the most often repeated promises the Lord makes in scriptures.  How many […]

Fortify yourself with the Fundamentals 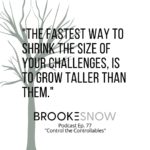 We recently read in the Book of Mormon, about Captain Moroni.  A great patriot and military commander during the first century BC.  His civilization was under great threat of attack from the Lamanites.  To protect his cities, he goes to great efforts to fortify the cities.  He builds walls around them, he digs moats, he […]

In Freedom Lies the Truth! 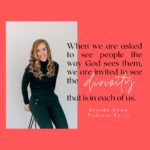 Years ago, I was struggling in a family relationship. Every interaction with this person caused me dread and anxiety. I was so convinced of my story that this person didn’t love me, approve of me, or even like me. I would turn into a weird deflated version of myself when we were together. One day […]

The Top Ten Books That Have Changed My Life Recently

I’m often asked what books I would recommend for personal growth.  These are my top ten favorites I’ve read recently: Limitless by Jim Kwik.  I read a lot of books. I consume a lot of information. But it’s not very useful if I forget it.  This book is filled with amazing insight into learning how […]